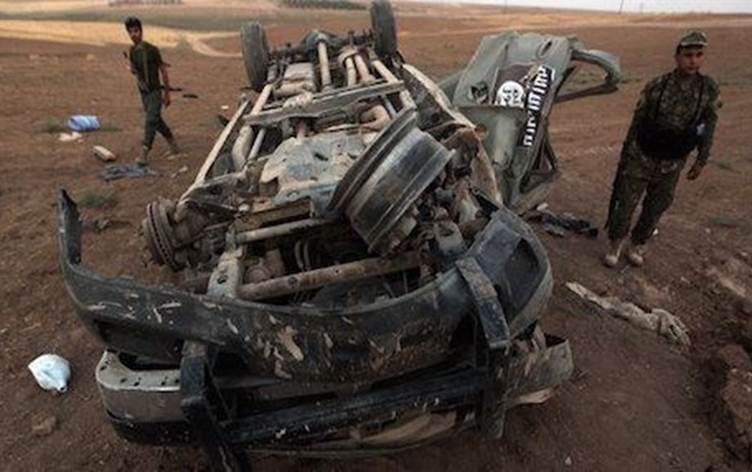 A+ A-
ERBIL, Kurdistan - At least six Islamic State (ISIS) were killed by warplanes from the US-led coalition and a weapons depot belonging to the group destroyed in the town of Gayara southern Mosul, a Kurdish Peshmerga commander told Rudaw on Sunday.

"Last night the coalition jets bombed ISIS positions including a weapons depot in Gayara," said Sirwan Barzani, commander of the Peshmerga forces on the Makhmour-Gwer front, Gayara is occupied by the group.

Barzani added that bombings killed "six ISIS militants in the villages of Khatab and Ankawa on the front."

The coalition bombings comes at a time when ISIS has increased its artillery fires and mortar shells in the area since Iraqi army forces arrived in Makhmour in preparation for an imminent assault against the group's main stronghold,  Mosul.

In early hours of Saturday, ISIS militants shelled an Iraqi army base in Makhmour, some 50 kilometers south of Erbil, killing a US soldier,Iraqi and US officials said.

Earlier this month, another four Iraqi soldiers were killed  in an ISIS rocket attack on the same base near Makhmour.

Baghdad has begun preparations to launch a long anticipated battle against the group over that city. Which it will do in coordination with the Kurdistan Region and the United States-led coalition.