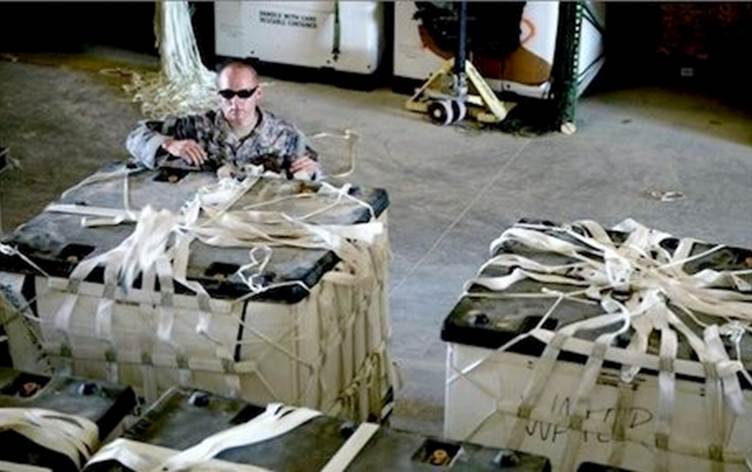 An American soldier with aid for Iraq. Photo: US Mission/NATO


ERBIL, Kurdistan Region – Members of the Kurdistan Workers Party (PKK) blocked a planned raid on the Islamic State (IS) by Peshmerga and US Special Forces on Wednesday night, after insisting any attack must be coordinated with its forces, a Peshmerga commander said.


According to the Peshmerga commander in the Shingal area, members of the PKK and the Kurdish Peoples Protection Units (YPG) from Syria, who are currently positioned on Mount Shingal, had demanded that any military operations in the area must be coordinated with them.


The commander, who spoke to Rudaw on condition of anonymity, said that the US forces refused coordination with the PKK, because the group remains on the United States’ terror list.


Firat News (ANF), a PKK news agency, confirmed on Thursday the arrival of the Peshmerga and US soldiers on Mount Shingal in three helicopters on Wednesday.


It said that the PKK officers had met with the US/Peshmerga mission about the delivery of humanitarian aid to the refugees without any incident.


“But the people of Shingal objected to the Peshmergas who came with the team and didn’t want them to be on Mount Shingal,” ANF said, quoting PKK/YPG commanders. “Therefore, our forces took special measures to prevent any complications between the people and the Peshmerga.”


For their part, Peshmerga officials said that the PKK/YPG have formed a special unit for the Yezidi youth and established a training camp to turn them into “Shingal defense units” under PKK command.


Some Yezidi men are believed to have been sent to Rojava (Syrian Kurdistan) to join the YPG forces.


The ANF report confirmed Peshmerga officials who said that the PKK/YPG demand full cooperation on any military or humanitarian mission in the area.


“We had stated two days ago that Mount Shingal is under the control of our joint forces and that any party wanting to assist should deliver such assistance to our people by coordinating with us,” said the ANF report.


PKK and YPG guerillas reached Mount Shingal last week when the town fell to the IS and its Yezidi population fled to the arid mountain for safety.


Due to Shingal’s proximity to the Syrian border, the PKK/YPG fighters have remained in the area.


Meanwhile, Peshmerga forces dispatched from the Kurdistan Region are also present on the mountain and have managed to rescue thousands of Yezidi civilians and transport them to Zakho and Duhok.


However, after the mission carried by 20 US Army Green Berets and aid workers to Mount Shingal on Wednesday, the Pentagon said that the refugees were now “in better condition” and evacuation was not needed.


“The Yezidis who remain are in better condition than previously believed and continue to have access to the food and water that we have dropped,” Pentagon spokesman Rear Adm. John Kirby said.