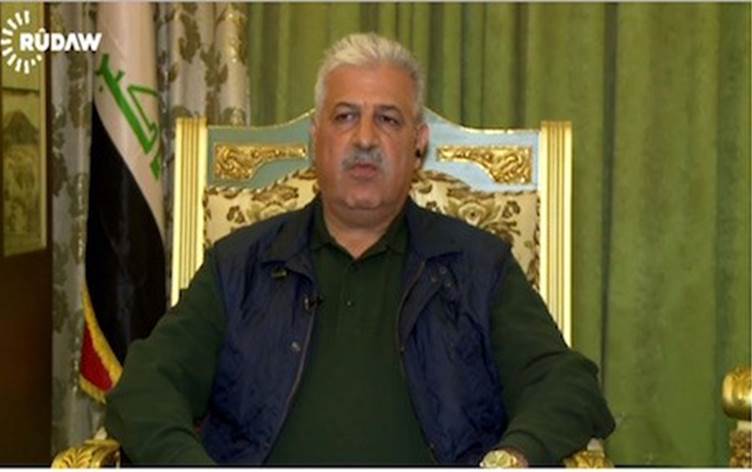 Mosul’s exiled governor Atheel Nujaifi told Rudaw some of the ancient artifacts in Mosul Museum that were recently destroyed by the Islamic State (ISIS) were reproductions of genuine pieces that were moved to Baghdad after 2003 Iraq war.

Nujaifi accused the militants of stealing at least seven artifacts. He said UNESCO has alerted international auctions not to negotiate with the dealers.


Rudaw: What was your reaction when you saw the video?

Atheel Nujaifi: It was devastating. We valued the museum and planned to renovate it. We often asked students to visit it. It was a symbol for the different epochs in Mosul. It was disturbing to see it. But the fact that most items destroyed were not real, was good news. It would be distressing if all destroyed pieces were genuine.

Do you have any knowledge about when the museum was destroyed?

AN: Mosul Museum is the second largest museum in Iraq. But fortunately some of the valuable items there were moved years ago to the National Museum in Baghdad. The items that were being hammered and destroyed in the video were only reproductions of the real ones. However, there were two items that were real and which the militants destroyed; one is the Winged Bull and the other one was the God of Rozhan. We also noted that some genuine items were missing in the video, which shows that the ISIS took at least seven items before destroying the museum. They also destroyed the items that they were not able to take with them.

Some informed sources say the museum was demolished about 10 days ago. Do you have any knowledge as to when it was destroyed?

AN: I have only confirmed information about the fact that seven pieces were removed before the destruction and that except for two items the other ones were not genuine. The other seven pieces were the statues of great authors and artists in the Akkadian Empire. We had already informed UNESCO about the possibility of stealing the items from the museum. UNESCO has taken preemptive measures and alerted auctions around the world not to buy or sell any items from Mosul. Now we know that seven pieces are missing and will ask UNESCO to follow up on these pieces.

Do you know where these items have been transferred?

AN: No detailed information, but there are generally two ways to take the items outside Iraq: either from Syria to Turkey or from Syria to Lebanon. The UN Security Council also prevents selling and buying such items. And wherever they are found they will be brought back to Mosul.

Have you alerted Turkey and Lebanon about the missing pieces?

AN: We didn’t know which items were missing earlier, but now we know with certainty. It’s really easy to recognize and stop the illegal dealers accordingly. So I think these two countries can easily prevent dealers from taking them out of the country.

What details do you have about the statues that are missing?

AN: There are seven items, which are statues of the literary figures of the Akkadian Empire.

How can you verify that the destroyed items were not real?

AN: It’s not just me saying it. I contacted the manager of the Mosul Museum who is currently in Baghdad. He had detailed information about the museum and said the real pieces were moved to Baghdad in 2003. We were planning to renovate the museum. And then they would move back the real items to Mosul again. But Mosul fell to ISIS and we knew that fortunately the real items were in Baghdad.

You mentioned only two statues. Do you have any further information about what else could have been destroyed in the museum?

AN: What we saw in the video was the Winged Bull and the God of Rozhan, which were destroyed. But ISIS burned down the Church of The Virgin earlier. They looted the items in the church before setting fire on it. They didn’t blow up the church but burn it to ground. Eyewitnesses said the militants had taken away the items before burning the church.

How many civilizations were represented in the museum?

AN: The museum had many rooms. The room of the Assyrian and the Akkadian Empires and the room of post-Islam era. The items in this room (Assyrian-Akkadian) were not real. There were also some recent Islamic items that were real but not of much value.

Can you estimate the damages to the museum?

AN: We have asked the museum’s management to give us an estimate. ISIS has knowledgeable people with them who help them identify real items. There was a statue that was real but only professional art historians could tell the difference.