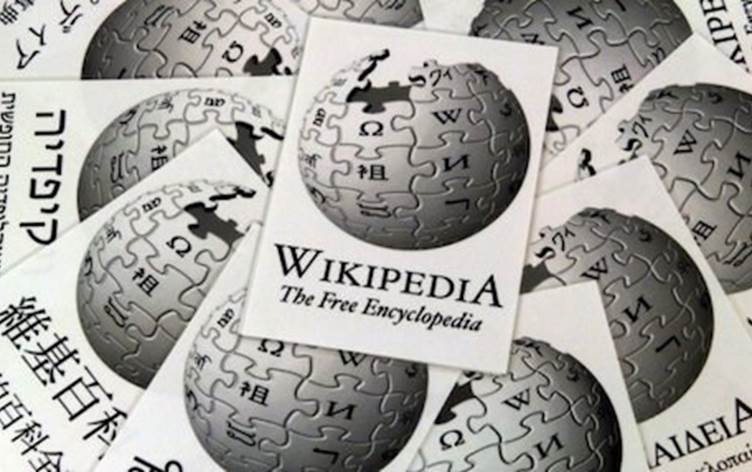 There is a dearth of information in Kurdish on Wikipedia. Photo: AFP

ERBIL, Kurdistan Region - Wikimedia UK is looking to bring greater Kurdish content to the Internet by training and encouraging Kurds to translate more articles from Kurdish into English, said an official of the non-profit foundation that hosts the online encyclopedia.

“We are going to train people to edit Wikipedia and encourage the Kurdish community in the UK to translate articles in English into Kurdish," said John Lubbock, communications coordinator at the UK offices of Wikimedia, which hosts Wikipedia on the Internet.

“In English there are over 5.2 million articles but in Kurdish there are only about 40,000,”  split evenly between the two main Kurdish Kurmanji and Sorani dialects, Lubbock told Rudaw English.

“A Wikipedia with only 40,000 articles is not very useful because you just can’t look up the level or breadth of information you get on English Wikipedia and the fewer editors there are, the more likely it is that the information in that language will be biased,” Lubbock explained. “If Kurds can’t search online for information in Kurdish, it becomes a less useful language.”

According to Lubbock, a major challenge with minority languages is the scarcity in media or information available in that language online therefore, losing its significance compared to more widely used languages.

Lubbock attributes the scarcity in Kurdish language resources to generations of war and lack of infrastructure, inhibiting many members from the community from becoming internet savvy.

To combat this, Wikipedia is launching a project called Wikipedia Zero to partner with telecoms companies operating “in the developing world to give people using smartphones free access to all of Wikipedia at zero data cost,” Lubbock said.

“I know Kurds from different regions who are affiliated with different political groups,” Lubbock explained. “I think that bringing people with different political views together to work on developing educational resources through sharing and writing about their culture, history and society is a good way to remind Kurds that -- despite their political differences -- they have a lot in common and should work together.”

“It can be a way of keeping a language alive, of helping people to learn that language, of practicing translation, developing IT skills as well as all the subject areas you can learn about,” Lubbock added.

“See, there’s a page for almost any idea on English Wikipedia, but I bet you there’s no article for the Wisdom of the Crowd idea in Kurdish Wikipedia,” he said.

“Anybody can edit Wikipedia,” Lubbock added, “but the more people you have, the less bad information there will be because someone will remove it or replace it with better information.”

Wikipedia, which allows users to edit almost any article, is ranked seventh among the top 100 most popular websites. It is run by a non-profit charity that does not accept advertising and relies instead on thousands of editors and volunteers.