Iraqi Kurds worry about ethnic balance from waves of refugees 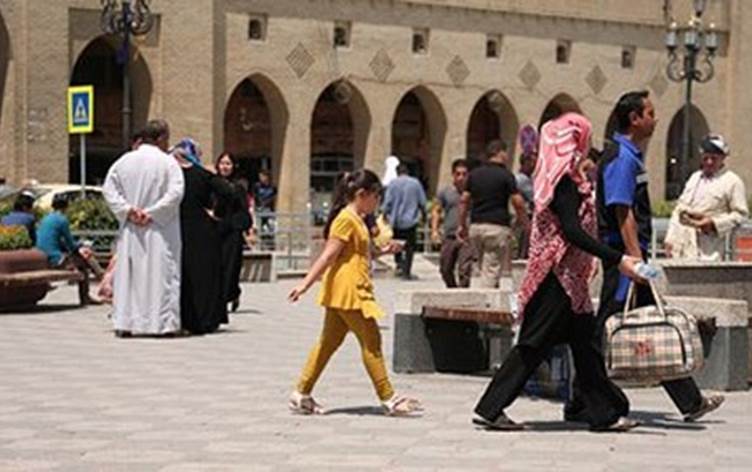 SULAIMANI, Kurdistan Region - With the growing number of Internally Displaced People (IDPs) fleeing central parts of Iraq for the safety of its northern Kurdistan region, authorities fear they could upset the delicate ethnic balance and trigger sectarian conflicts.

Over the past several years, more than 1.5 million Iraqi refugees, most of them Sunni Arabs, have chosen to seek asylum in the Kurdish-controlled provinces instead of the uncertainty of the country’s Shiite south.

Iraqi and Kurdish governments have since 2004 been at odds over the so-called disputed territories with mixed populations, which both sides claim as theirs.  Under the terms of the Iraqi constitutions’s Article 140, the issue of the disputed areas should be settled by a referendum, which has been postponed numerous times since 2007.

“The demographic map of Kurdistan is being silently altered,” said Anwar Tahir, a member of the provincial council in Sulaimani, where an estimated 100,000 Arab refugees have settled since 2011 as turbulence engulfed Sunni areas.

“We need to address it soon, since many of the Arab refugees have applied for permanent residence in Sulaimani,” he said.

According to data from the Sulaimani provincial council, as of July this year over 10 percent of Sulaimani city’s 800,000 population consisted of ethnically-Arab IDPs who have settled in the city over the past decade.

But only 15 percent of these newcomers have been able to purchase a house in Sulaimani, according to Mahmoud Usman, manager of the statistics office in Sulaimani whose work includes gathering data about population growth in the province. Usman said the bulk of refugees reside in rented houses.

“We have arranged a kind of application form with 70 questions which the newcomers need to answer before they are given permission to stay,” Usman said.

The IDPs are asked whether they plan to return to their areas after the war or to stay. Usman said many choose to stay.

According to the country’s constitution Iraqis can reside and work in all 19 provinces of the country, regardless of ethnic or religious orientation. This gives Kurdish authorities little legal room to reject IDPs seeking permanent residence in Kurdistan.

“The court should decide how to approach the problem,” Usman said. He warned that, “applying for permanent residence could be problematic in the long run.”

The conditions are even more challenging in resort areas like Shaqlawa, 50 kilometers northeast of Erbil, with more than half of its population originally coming from Arab areas.

Since last year, more than 30,000 Sunni Arabs have settled in the summer resort town, which has an indigenous population of less than 25,000.